Alcohol Osteopenia Osteoporosis.  There was a time when we were counseled to avoid ALL alcohol if we had been diagnosed with Osteoporosis or Osteopenia.  Now that advice has come under scrutiny as a result of some research studies. 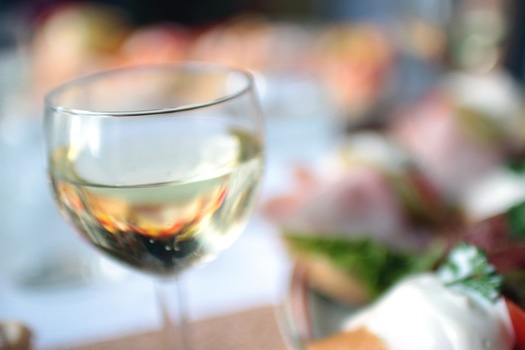 First, it is important to note that heavy drinking, alcohol addiction, IS still connected with low bone density and that studies show that "Stopping the addiction results in gains in bone mineral density,"  In fact there is a scientific study showing  that 30 men had an increase in bone density of 3%, just two years after stopping their alcoholic drinkng".  So if you know anyone who has been a heavy drinker or an
alcoholic....no matter how many years of heavy drinking, know that when the stop their Alcohol Osteopenia Osteoporosis will reverse itself. And that is good news.

Yes, moderate alcohol consumption may be good for anyone with concerns about bone loss:  "Carefully controlled animal studies suggest that moderate alcohol decreases bone turnover while maintaining the balance between bone formation and bone resorption."  Interesting, and to me, very important.

A study published in the journal Menopause had as its aim: "to assess the effects of regular moderate alcohol consumption on bone turnover in healthy early postmenopausal women. An intervention trial was conducted over a 15 day period and evaluated the effects of alcohol withdrawal and (its) re-administration on biochemical markers of bone formation and bone resorption. "

These researchers about Alcohol Osteopenia Osteoporosis found that "Abstinence from alcohol resulted in increased markers of bone turnover whereas resumption of alcohol reduced bone turnover markers." The results suggest there is a cellular mechanism for the increased bone density observed in postmenopausal moderate alcohol consumers. Specifically, the inhibitory effect of alcohol on bone turnover attenuates the detrimental skeletal consequences of excessive bone turnover associated with menopause."  Translated: Moderate drinking may be good for your bones.

This study was led by Urszula Iwaniec of Oregon State University. The aim of the study was to "examine how alcohol might affect bone turnover in women, who are at especially high risk for fractures late in life."

Forty healthy postmenopausal women under age 65, the age when the risk for osteoporosis and fractures starts to rise" were included in this Alcohol Osteopenia Osteoporosis study. All of the women were daily or near-daily moderate drinkers.

'Moderate drinkers' were defined in the study as those having one-half to two standard drinks per day. Most of the women in the study preferred wine. (In the United States a standard drink is defined as a 5-ounce glass of wine. There are about five such drinks in a typical bottle of wine.)"

In this study, the women were asked to abstain entirely from alcohol for two weeks, and then to start drinking again for two days. Researchers tracked blood markers of bone health throughout the study.

1. The researchers found that the markers for bone density correlated positively with alcohol consumption! In other words, when the women drank within the moderate range, their bone health appeared the better.

2. During the period of abstinence from alcohol, the scientists saw negative changes in measures of bone formation and resorption. To quote: “There was a significant increase in the bone turnover markers osteocalcin and CTx when alcohol was excluded for 14 days,” This shows that when the women weren’t drinking, their bones were breaking down more than they were being rebuilt.

3. Finally, when they started drinking again, the healthier levels were restored. “Within 12-14 hours of resuming alcohol consumption, osteocalcin and CTx returned" to their former values...values that were no different from the baseline. The authors of the study concluded that the “small but significant increases in [these chemicals] after short-term abstinence provide substantial evidence that moderate alcohol consumption decreases bone turnover.”  I note that the study was considered so significant among researchers about the subject of  Alcohol Osteoporosis Osteopenia that even the popular press reported on it:See: Time Magazine July 11, 2012.

So what can we conclude? If you are a woman at risk for bone loss (or someone already experiencing post menopausal bone loss) studies of Alcohol Osteoporosis Osteopenia show that moderate drinking should be good for your bones.  AND other studies show that if your choice of alcoholic drink is red wine, you may also be increasing your likelihood of good cardiac health. See: Red wine and cardiac health http://www.anti-aging-articles.com/HDL-cholesterol.html

Read about other Natural Treatments for bone loss

Are you sure you know ALL the  Causes of your Osteopenia or Osteoporosis ?