Milk Osteoporosis.  Is milk a cause of bone loss?

Milk Osteoporosis?  Is milk a cause of bone loss?  There have been a number of web sites and Internet postings claiming that Milk is the Cause of Osteoporosis. Surprising news!

Let's look at the research.

This true. Mexico and Polynesia have lower incidence of Osteoporosis than the United States, Sweden and a number of other countries. These web site authors then conclude that Milk causes Osteoporosis.

However the differences in bone density between Mexico, Polynesia and the United States and Sweden may be attributed to a number of things:

a. All of Sweden and much of the United States lies above the 45 parallel , so residents experience less sun and thus may not make enough Vitamin D to build strong bones.

b. Both Sweden and the United States are industrialized, rather stress driven societies.  Polynesia and much of Mexico are more rural and 'laid back'.

c. In general there are differences in skin tone between persons in these societies and research has shown that persons with lighter skin tone tend to absorb less  Vitamin D from sunlight.

d. Since WWII both the United States and Sweden have fewer jobs that involve manual labor - workers often sit in offices much of the day and so get little weight bearing exercises.

The second argument says that Milk which has protein tends to acidify the body. Since our bodies needs to keep our blood at a stable acid/base ratio, base minerals such as calcium are pulled from bones and teeth to normalize the acid/base ration after drinking milk. So it is that there is greater bone loss.

It is true that milk is acidifying. But milk is not the only dietary difference between these cultures.  It Mexico and Polynesia residents eat more fruits and vegetables than residents of the USA and Sweden.  They drink far less soda pop and coffee.  And their diets contain far fewer highly processed foods and red meat than diets in the United States or Sweden.

A scientific argument drawing comparisons between cultures needs to consider ALL relevant factors and not just pull one characteristic and then claim it explains everything. 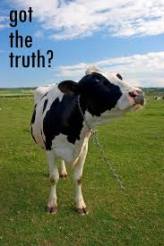 There is much to support the notion that a highly acidic diet is a cause of bone loss. But most people do not just drink milk. Eating a piece of fruit with a glass of milk or drinking milk with a meal that includes fruit or salad, often evens out the base/acid ratio. There is probably more damage done from drinking soda pop with its high phosphorous and caffeine content than could ever be done from Milk Osteoporosis in a glass of milk!

Finally, there are a number of studies  that show that adolescents  who drink milk, tend to have greater bone density than those who do not. So the idea of milk osteoporosis seems not based on strong evidence.

After considering all these things, it appears to me that the recent rash of "Milk Osteoporosis" claims are a bit short on accurate scientific reasoning.

In Caucasians (n = 653), weight was a significant determinant of BMD at every skeletal site. Prior exercise levels and milk intake positively related to bone density and size, while caffeine had a negative impact. (italics added)

There was an apparent interaction between milk and exercise in BMD at the heel, spine, hip and tibial mineral content and cortical thickness. Our data confirm the importance of race, body size, milk intake and duration of weekly exercise as determinants of BMD and bone size.                   Milk Osteoporosis does not seem to have a strong correlation.

1. Click to find the CAUSES of your bone loss