Osteopenia, Osteoporosis Post Polio. Today poliomyelitisis almost unknown in the developed world but there was a time when it was epidemic. First recognized in eighteenth century England, there were outbreaks of this disease reported in both Europe and the United States throughout the nineteenth century and twentieth. 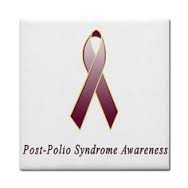 All this changed with the introduction of a vaccine (IPV) in 1955 which led to a decrease in cases. The introduction of an oral vaccine in 1961 reduced the incidence of infantile paralysis even more.Still there are many adults who live with 'post polio syndrome' and it is for these that this page is written.

In October 2009 the journal European Neurology published a study"High Incidence of Osteoporosis and Fractures in an Aging Post-Polio Population" done by researchers at the Department of Rheumatology, Beaumont Hospital, Dublin,Ireland.

researchers found that: "Based on the bone mineral density data, 28 (56%) of the patients were diagnosed with OP and 20 (40%) had Osteopenia, but only 8 (16%) received anti-resorptive therapy.

At the end of the study, the researchers concluded that persons who had polio are at risk for fractures, and thus bone density assessment, review of falls risk and therapeutic intervention should be considered for all patients.

Why? If you had polio or know someone who did, it is worth asking for screening.  This is especially true if you have post polio syndrome . You should be screened for bone loss.  (The usual form of testing would be a dexa scan  but since these test spine and hip, they could miss low bone density in other leg bones. Talk with your health care provider. )

What to do now about Osteopenia, Osteporosis Post polio

Here are some suggestions:

Read and learn on your own

If you do not have access to rehabilitative medicine outlet where practitioners understand polio and post polio, this book - written for professionals - may offer some useful insights.

You may have other Causes of bone loss, read about them at: Causes of Osteopenia, Osteoporosis