Osteoporosis and Osteopenia in men is "one of the major and most neglected pubic health problems" ( April 2012 issue of the Journal of Osteoporosis.)

The authors state that  death AND loss of independence are more frequent in men who experience a major fragility fracture than in women. And what is disturbing is that they report  the number of fractures in men is increasing - in part because male life span is increasing. (Men usually develop Osteopenia and Osteoporosis at older ages than women, so an increase in longevity is of real significance.)

Also physicians do not prescribe regular screening for bone loss by dexa scan or other means for their male patients as they do for their women patients. Only 20% of men who sustain hip fractures have been diagnosed with bone loss before their fracture!

Also there is some controversy about the 'risk threshold' for dexa scans of men. Researchers do not all think that it is the same as that for women.

Some researchers believe that the threshold for men should be higher since 'peak bone mass' in men is generally higher than in women. ( The current thresholds in use varies by country AND cost/benefit is a major factor in deciding at what point a man should begin treatment. Researchers ask, Is it worth the extra cost to raise the treatment threshold if this will prevent only a 'few' more fractures?)

Then,too, some researches question any use of traditional dexa scans for men since SOME data suggest an association between bone SIZE and risk of fracture in men. "Low bone width was associated with higher risk of fracture independently of BMD" Perhaps the whole diagnostic procedure for men needs to be different from that of women.

(I believe that this article from the Journal of Osteoporosis is important and I suggest that if you are a man or concerned about the health and welfare of a man aged 50+ that you read the full article and then come back to this page to find out what a man can do. Click here: Osteoporosis in men 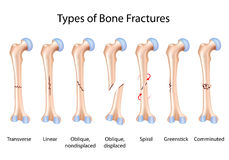 Osteopenia in men: Diagnosis and beyond

Thankfully, more health care providers are prescribing a base line dexa scan for male patients, especially those with a history of smoking, alcohol, drug use or exposure to chemicals that might have led to liver toxicity ....as well as those with low testosterone levels.

Evidence for Osteopenia in men has been accumulating for some time. In 2006 there was a , "Study of Male Patients with Forearm Fracture in Northern Ireland" was published in a 2006 issues of Clinical Rheumatology.

Clinicians asked male patients in Northern Ireland aged 30-75 years who had experienced a distal forearm fracture in 2000-2001 to consent to a dexa scan.

Twenty-seven percent of the men had osteoporosis at the spine, femoral neck or forearm, as defined by a bone mineral density score of less than -2.5. ..."

"49% of patients had vitamin D insufficiency or deficiency, 27% had low serum testosterone, 14% had abnormal liver function test results, and 14% had raised parathyroid hormone."

An article, "Prevention and treatment of nonpostmenopausal osteoporosis" by Hansen LB, Vondracek SF noted that several groups besides postmenopausal women are at risk.

"..patients taking certain medications that affect bone health and those with various health conditions. . . including anorexia nervosa, hyperthyroidism, organ transplantation, chronic obstructive pulmonary disease, and inflammatory bowel disease. Glucocorticoids are the most common secondary cause of osteoporosis. Other medications that have been implicated as secondary causes include anticonvulsants, heparin, warfarin, and methotrexate. "

Men who have low testosterone levels, a risk factor for bone loss, will consult an endocrinologist. But men with Osteopenia or Osteoporosis should also read sections on this web site, especially those concerning exercise, nutrition, and supplements.

Articles about Osteopenia in men you may find helpful:

Click here for Osteopenia you can not cure it without knowing why YOU have it. What causes Osteopenia, Osteoporosis ?